The Future of Sales Hackathon

After a successful first edition, Vibe Group mobilized its partners again and invited hackathon fanatics to imagine modern selling in a post-Covid world. The second edition of The Future of Sales Hackathon took place between March 18 and 20. Epitech Brussels gladly joined the team as a co-organizer and host. 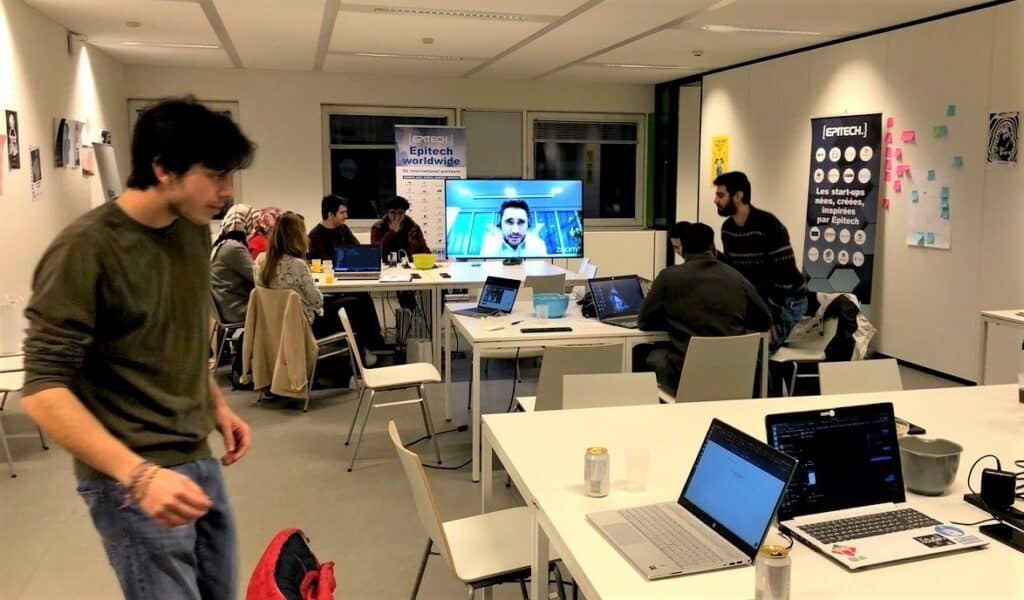 Meet the organizers of The Future of Sales Hackathon

Vibe Group is an international IT staffing and consultancy organization with offices in Belgium, the Netherlands, and Germany. Always aiming for excellence and fueling innovation by managing talented IT professionals and providing consultancy services to customers, Vibe Group’s philosophy is in tune with Epitech’s. Therefore, the partnership established itself naturally.

As the hackathon took on a hybrid form, Conversation Starter provided the platform for teaming up and collaborating during the event.

The Future of Sales Hackathon was also co-organized by Showpad – THE sales enablement and marketing platform leader “made in Flanders”. Given that the hackathon’s subject is their expertise, Showpad professionals evaluated the ideas and solutions of the participants and announced the winners. They also formulated the challenge.

The challenge and our students’ response to it

The challenge was to imagine new ways of selling online, to facilitate and personalize the customer experience. The Epitech Brussels second-year students responded to the challenge by proposing and developing a VR feature embeddable in the sellers’ website. The main idea was to be able to visualize any on-sale object three-dimensionally in virtual reality.

“With the use of a VR headset, we wanted to pick any object currently on sale on a website, take it out of that environment and experience it in 3D. We are developing this feature mostly in C# – a programming language we’re just discovering. But the real difficulty is having different platforms communicate with one another,” says Matthieu, a second-year student at Epitech Brussels. Richard, also a second-year student at Epitech Brussels, agrees that this functionality requires a lot of work and creativity, “but we are motivated to face the limitations, find solutions and hand over our code lines by the end of the weekend.”

Our third-year students’ idea was a tool they called LoyalTY – a solution best described as “Customer loyalty as a service”. LoyalTY helps businesses build or reward their customers’ loyalty, therefore maintaining the stability of the business. The software provides statistics concerning the consumer’s behavior. It also controls what reward to give, how frequently, etc. following a pre-determined strategy. LoyalTY is one of the five best projects submitted during The Future of Sales hackathon. 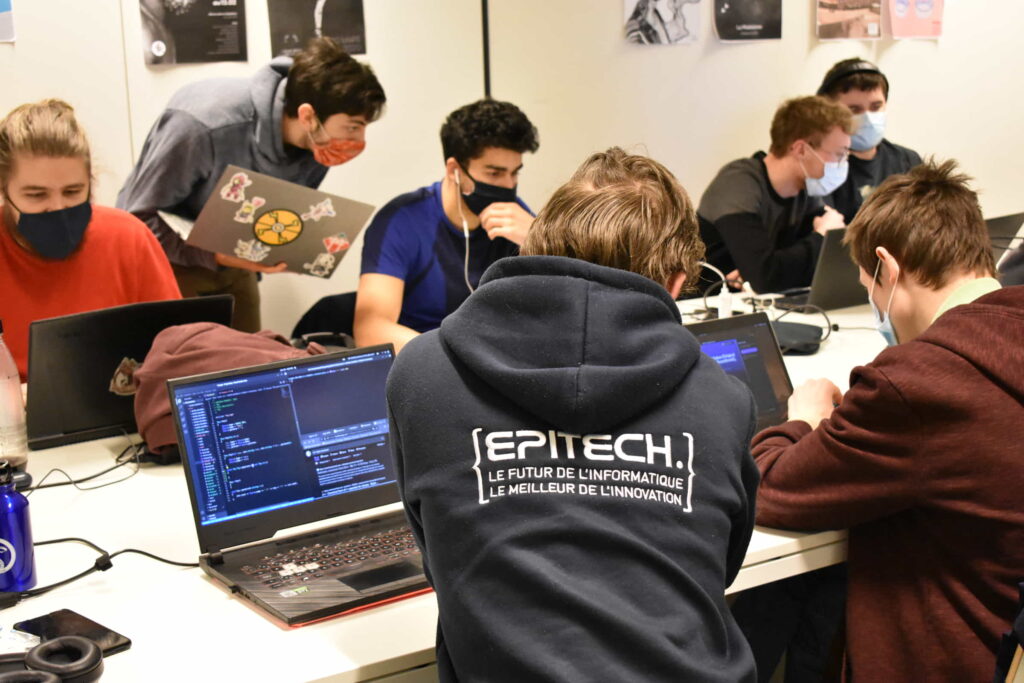 Who are the winners of The Future of Sales Hackathon?

After carefully considering every idea and analyzing the participants’ lines of code, the jury announced the winners on March 25. All the winning projects concentrated on the selling process itself.

The third place went to Intech Vision – a solution that simplifies shopping. No accounts, no passwords needed. The group described it as a “magic basket” – a browser extension that gathers objects you want to buy from different Web sites. Very practical indeed!

The We Love Hackathons group (composed of three data scientists) won first place. They proposed a tool to improve the relationship between sellers and buyers. Concretely, they created a data interaction tracking solution. With the use of process mining and advanced analytics, their tool recorded all the interactions between the seller and the buyer (emails, conversations, events, clicks, etc.) on a timeline exportable to a CRM. The goal was to turn event data into insights and actions and to make selling a better experience for all stakeholders. “Because, foremost, the best buyer experience wins.”

Eager to challenge themselves and earn more experience, all the participants are looking forward to the next hackathon.

What was at stake?

Although they definitely wouldn’t mind winning, Epitech students participate in coding marathons for the experience they bring. Every participation in a hackathon counts and earns them credits.

In the process, they are discovering, experimenting, or perfecting their knowledge of new technologies. Hackathons also serve to sharpen their competitive spirit, their time and stress management skills as well as the ability to work in a team. And last but not least, these events are an opportunity to also have fun. Therefore, besides playing an important part in Epitech’s pedagogy, hackathons are always weekends well spent for our students.